The use of hyperbaric oxygen therapy (HBOT) for treatment of multiple sclerosis was advocated by Richard A. Neubauer, M.D., in the late 1970s. I became acquainted with Dr. Neubauer when searching for a solution for my father-in-law’s problem of loss of balance and deteriorating speech. After evaluation at four of the top neurological centers in the Southeast gave no definite diagnosis and no offer of treatment, I looked for a center performing hyperbaric oxygen therapy (HBOT).

I first learned about HBOT while on active duty in the Navy, when I was part of the plutonium decontamination team. Later, when I was chief of radiation therapy at Ochsner Clinic and Foundation Hospital in New Orleans, HBOT was planned as an adjunct to radiation therapy in the new department.

My father-in-law’s symptoms were well controlled for three years after a course of HBOTat Dr. Neubauer’s center.At that time, it was customary to wait until symptoms recurred before providing additional treatment. Since then, experience with multiple sclerosis (MS) patients has shown that periodic HBOT can provide better long-term results. My father-in-law’s good years might have been extended had he received maintenance therapy. 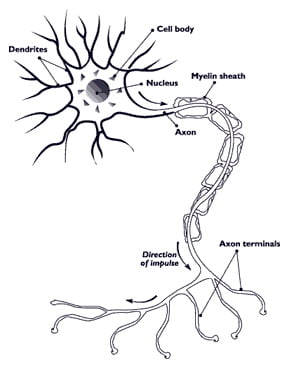 When I established Gulf South Radiation Therapy Center in Largo, Florida, in the early 1980s, our facility provided not only the first linear accelerator in Pinellas County, but also the first HBOT facility in the area. I was aware of Dr. Neubauer’s report of excellent response in MS patients, but because I was not sure that HBOT was of benefit in that condition, I treated a number of MS patients without charge. I was pleased by the results. Although HBOT does not cure MS, my impression was that it provided significant symptomatic relief and delayed or decreased progression. I viewed it as being similar to the use of insulin or other antidiabetic medications in that regard.

Because of my interest in treating MS with HBOT, I joined the Gulf Coast Chapter of the MS Society, and after several years of membership was elected chapter chairman in 1985. This elevation in rank brought me to the attention of the National Multiple Sclerosis Society. When it learned that I practiced hyperbaric medicine and advocated HBOT for MS patients, the NMSS asked that I not be reelected upon completion ofmyterm in 1986.

Over the years, my experience with HBOT for MS has continued to be excellent. I estimate the response rate to be better than 80 percent, particularly with regard to regaining bladder control and increasing mobility and strength. The majority of neurologists that I dealt with, however, did not agree with my assessment. For example, one of my MS patients could barely walk from the parking lot into the building—about 60 feet—before HBOT was started. After 2 months of treatment, she was walking 2 miles on the beach. Nonetheless, her neurologist reported “no improvement” because she still had a wide-based gait and some minor neurological symptoms. With continued HBOT, her MS remained stable.

I now have 20 years of follow-up on two of my first MS patients. One continues to have minimal symptoms. Another, whose condition was more advanced, had been told that she would be bedridden in 6 months if she did not take methotrexate, a treatment that is no longer recommended. She opted for HBOT and other “alternative” treatments, completed her Ph.D., had two children, and continues to practice as a speech therapist, although she now uses a wheelchair. Her initial prognosis for remaining time until incapacitation was off by a factor of about 40.

In my years of active practice using HBOT, both with my own patients and as a consultant for other centers, I am unaware of any significant complications from the use of HBOT for the MS patient. There is the well-recognized occurrence of an occasional seizure, one per 10,000 compressions. These seizures do not produce long-term sequelae, and indicate the need for lowering the treatment pressure.

Many of my patients switched to Betaseron when it became available, but a significant number of these returned to HBOT when their symptoms progressed.

The NMSS still states that HBOT is ineffective in MS. I have learned, however, that some physicians who initially had an unfavorable view of HBOT in MS now serve as consultants to hyperbaric facilities.

Insurance reimbursement for the use of HBOT in neurologic conditions has generally been unavailable. Precedents are being set, however. Blue Cross/Blue Shield of Texas bought a monoplace chamber for one of my MS patients. With HBOT, she was able to resume the active practice of law and has had minimal progression of her MS. One of my MS patients, who had a complete reversal of her MS symptoms with HBOT, sued Blue Cross/Blue Shield in Hillsborough County, Florida, for coverage of her HBOT costs. She was awarded full reimbursement plus payment for any additional HBOT that was needed.

The cost-effectiveness of HBOT may be improved by the development of the portable low-pressure chamber. Patients whose symptoms can be controlled at pressures of 1.25 to 1.3 atmospheres absolute (ATA) can, for a moderate investment, use a chamber at home. Chambers that provide higher pressures may soon be available.

In calculating cost-effectiveness, one must certainly consider the reports of patients who lived active, productive lives for years or decades rather than rapidly progressing to the point of needing nursing home care as their clinicians had predicted.

Pg. 116 of the Journal of American Physicians and Surgeons Volume 10 Number 4 Winter 2005

This website uses cookies to improve your experience while you navigate through the website. Out of these, the cookies that are categorized as necessary are stored on your browser as they are essential for the working of basic functionalities of the website. We also use third-party cookies that help us analyze and understand how you use this website. These cookies will be stored in your browser only with your consent. You also have the option to opt-out of these cookies. But opting out of some of these cookies may affect your browsing experience.
Necessary Always Enabled

Any cookies that may not be particularly necessary for the website to function and is used specifically to collect user personal data via analytics, ads, other embedded contents are termed as non-necessary cookies. It is mandatory to procure user consent prior to running these cookies on your website.